The Mallard Flock is the CDA’s monthly recurring donors club. Mallard Flock members have each committed to donating at least $25 per month on an ongoing basis to help support the mission of the CDA. Like a flock of mallards, members band together, each making an individual contribution for the greater good of the community.

Our Mallard Flock is humbly named in honor of the late Cyrus Mallard Jr., longtime pastor at Roswell Presbyterian Church. Pastor Mallard has a special place in the history of the CDA.

In 1967, a group of women in North Fulton recognized the lack of access to early education for low-income families in our community. They began caring for children in their homes two days a week, teaching them everything their peers from more affluent backgrounds were learning in their paid nursery schools.

They began reaching out to local churches to see if theycould use their Sunday school rooms during the week in the interim. At the time, Roswell High School was only recently integrated and since half of the children at the CDA were Black, the founders were having a hard time finding someone to let them use their space. After multiple rejections, they called Pastor Mallard, a relatively new pastor in the community. It was their last number on their list and their last chance to keep the program alive. Pastor Mallard told the founders that he would have to talk to the Session, the group of elders that govern the church. Our founders hung up the phone with their hopes dashed having heard that answer before, certain they had been turned down again. And then the phone immediately rang and it was Pastor Mallard on the other end. He told our founders that he was sure the members of the Session had read the part of the Bible that said to “let the children come to Me, and do not hinder them, for the kindgdom of heaven belong to such as these.” With that, he said the CDA could use the Sunday school rooms at Roswell Presbyterian Church for their program until their new building could be built.

That single act of courage at a tremulous time in history shaped the future of the CDA and paved the way to give thousands of children access to early education that they never could have afforded without the CDA.

We invite you to follow Pastor Mallard’s example and make a commitment to join the flock and help ensure that all children in our community will have access to high-quality early education regardless of their family’s finances.

How Your Donation Makes a Difference 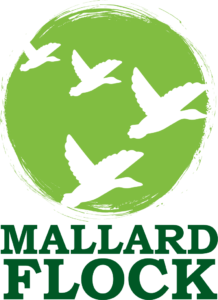